The Magic Wand® has been trusted for over 50 years to provide powerful, penetrating vibrations. Whether you are looking to soothe an aching shoulder or want a more “personal” intimate massage experience, it delivers satisfaction time after time.

Material:
Silicone, ABS Plastic
Body Safe:
Phthalate-free - Non-porous
Care & Cleaning:
Clean with a wet cloth and mild soap. Optionally, use gentle antibacterial toy cleaner. Do not submerge and do not run under water. Do not use around running water at all. We recommend water-based lubricants.
Warranty Information:
MagicWandOriginal.com
Power Source:
Corded Plug-In
Volume - Buzz: 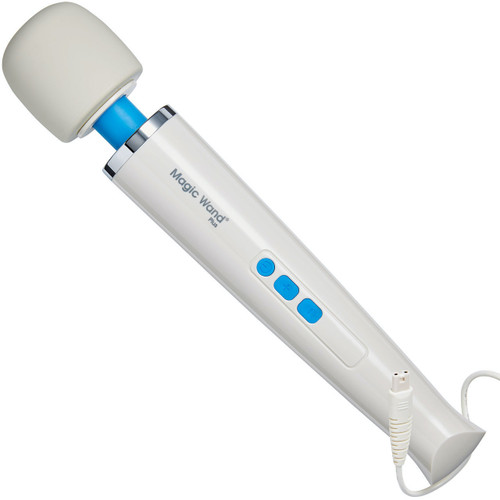