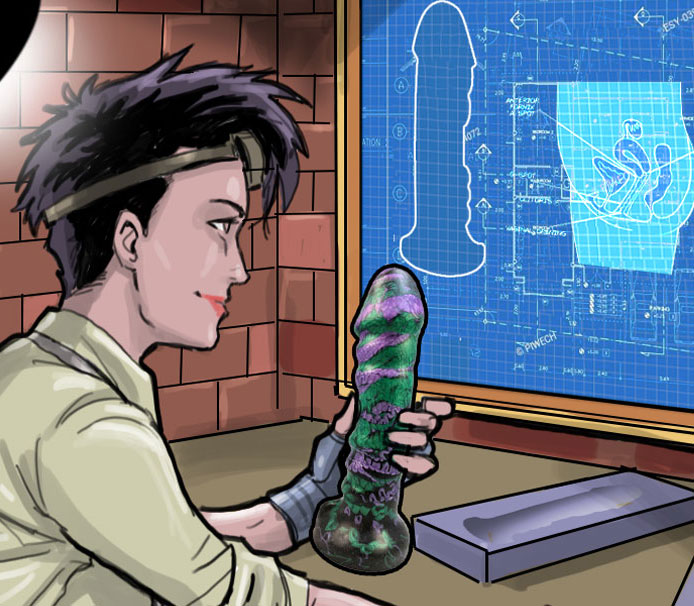 The A-spot, or AFE zone, is one of the most underrated erogenous zones in existence. It’s an area on the front vaginal wall, all the way in and farther inside than the ( ostensibly also mysterious) G-spot.

Due to the A-spot’s depth, it may be a bit more difficult to locate than the G-spot but learning more about it adds fantastic variety to one’s pleasure. Some people with vaginas find A-spot or cervical orgasms even more magically full-bodied than G-spot orgasms, but as always, find what works for you. Not everyone will enjoy pressure against their A-spot.

In any case, this guide is here to help expand the orgasmic experiences someone can have! Read on to find your A-spot and learn what to look for in an A-spot toy.

What’s in a name?

The “AFE” in “AFE zone” stands for “anterior fornix erogenous”; it’s a fancy (but accurate) way of saying “the sensually sensitive area in front of the cervix.” Calling it such is more accurate, but, for the purposes of this guide, we’ll just call it the “A-spot”.

It’s also worth noting that the AFE zone has a counterpart on the back wall: the PFE zone, or posterior fornix. Some people with vaginas will find more pleasure in stimulating that area or massaging the cervix proper. Remember: the cervix isn’t merely the end of the vagina. Instead, it’s a tube-like structure that hangs down inside.

Generally, though, toys good for A-spot stimulation are also good for cervix stimulation. There are exceptions, though. More on that later in this post!

Where it is and how to find it with fingers

The A-spot is a broad area, and its depth varies from person to person. There is no specific number that applies to everyone. It’s can also be a little bit trickier to locate because, unlike with the G-spot, the A-spot doesn’t have any telltale texturing.

Here’s one place to start looking for your A-spot. Find your G-spot (follow the curve where the pubic bone dips) first, and then go in about two inches deeper on the front wall. The A-spot is generally somewhere between there and a little under the cervix. Bend your fingers in a “come hither” motion.

If you struggle to find or stimulate your A-spot with your fingers, that’s okay too. Some have a shallower cervix than others, some have short fingers, others struggle with reach, and so on. And, being the unique humans that we are, the cervix’s height varies depending on their menstrual cycle. It’s higher during ovulation and lower during menstruation.

If your partner’s fingers are longer than yours, they’ll almost surely have an easier time. Directing a penis forward and deep with short thrusts could also work, depending on your anatomy. And of course, toys are optimal tools for exploring!

Here are some great toys for A-spot stimulation, for all experience levels:

Tantus Tsunami – the bumps and waves on the Tsunami might look wild, but they’re beautifully placed. The curved tip presses against the A-spot, while the ridges along the shaft press against the G-spot simultaneously. It’s a symphony for the vaginal walls.

If you’ve experienced orgasms via deep penetration, there’s a good chance you either had your cervix massaged just right, or you found your A-spot. There are many internal hot spots, and the AFE zone is another delightful option in your sexual buffet.

Want to find out more?