You may know Satisfyer as the company that took the sex toy world by storm when they made affordable suction-based sex toys. And, for the longest time, these are the toys that have graced my site, but Satisfyer have since branched out considerably and vibrators are now one of the many other toy types that they offer. 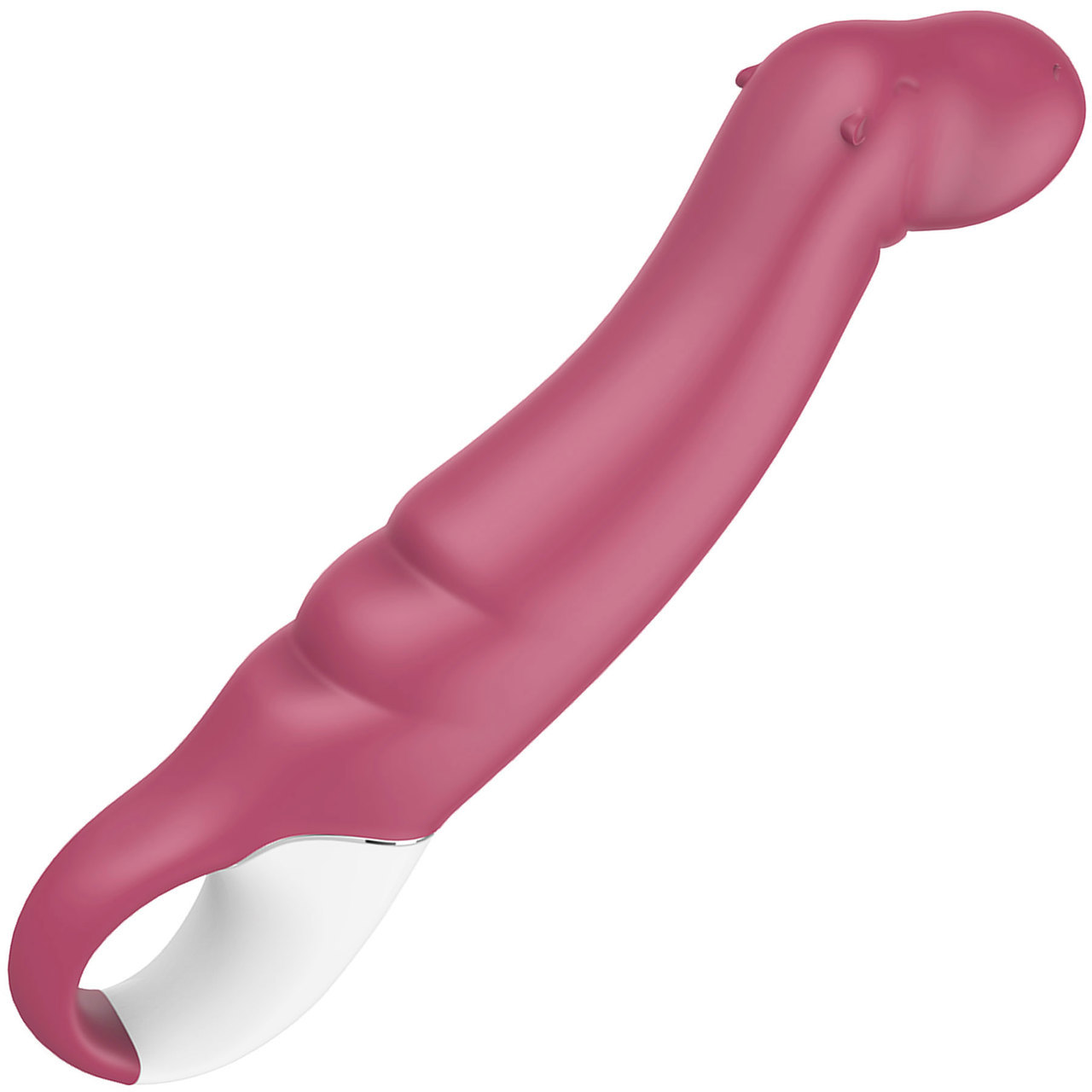 The Satisfyer Petting Hippo Vibrator’s biggest selling point undoubtedly has to be its design. With a head shaped like a hippo (or, to my mind, a cheery manatee) this toy creates a cure little double-chinned curve that bulges at its snout to offer up a semi-unique G-Spotting shape.

I say ‘semi-unique- because the way that this curve is composed is almost at an inverse angle to many other G-Spotting vibes. There’s a sort of divot to either side of the Satisfyer Petting Hippo Vibrator‘s snout and a sharp upward angling that you don’t often see executed to such an extreme degree.

It’s definitely reminiscent of some Fun Factory toys (especially the Patchy Paul) but with more prominence in the angling of its G-Spotting bulge.

This toy has a confident sort of appeal to its head curvature which then contrasts to a shaft that curves downwards instead of offering the conventional banana-like bend of most vibes of its ilk to generally make a toy that seems made for a subtly different experience.

The Satisfyer Petting Hippo Vibrator’s vibrations range from a near-inert and very gentle jiggle to a very persistent deep hum which is lacking in rumble but well refined for internal stimulation.

For this the snout works very well. It’s just about the right size and shape to essentially work as a mid-sized wand and create strong (but not overpowering) orgasms.