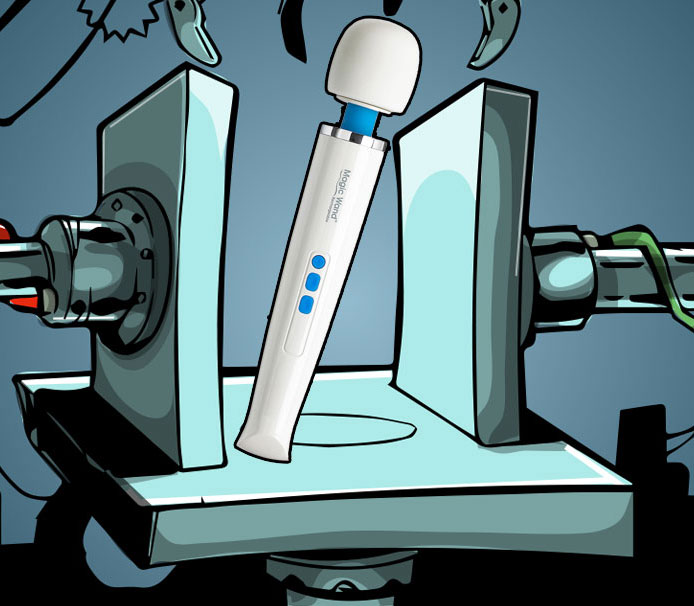 Some people need direct vibration on their external clitoris - or at least targeted adjacent vibration for the clitoris. If you’ve ever been able to discern that one particular side or spot on the clitoral shaft is the most sensitive, this is the style for you. Vibrators in the mini/bullet or clitoral categories would work best here. Vibrations with these will range from mild and surface-buzzy (meaning the vibrations don’t travel very far on the skin or through the tissue) to powerful with deep, rumbling vibrations (these vibrations stimulate a lot of the internal clitoris and can be great for those who have difficulty orgasming from manual stimulation). One of the most popular powerful, rumbly clitoral vibrators is the  We-Vibe Tango which is popular in part due to its versatility. It can replace any similarly-sized bullet in the cavity of vibrating toys that use removable bullets (like Tantus vibrating dildos), and is simply a great all-over vibrator. Those who are new to vibrators may want to start off with the Doc Johnson Black Magic Bullet - a corded, battery-powered small egg-shaped bullet that isn’t the most pinpoint but can help you decide if that may be the right course for you. It has a range of vibrations from moderate to powerful.

It’s not something that you might consider at first, and it won’t work for everyone, but the vibration cock ring has many uses. For a penis, it can be nice for solo play or partnered play. The vibrating bullet can be positioned so that it will connect with their partner’s clitoris during certain sexual positions. Similarly, it can be reversed to apply vibrations to the perineum (by having the cock ring surround penis and testicles) or just vibrate the base of the cock. These can also be put on dildos to serve as a dual stimulator. Try the  Tantus Vibrating Super Soft C-ring, Lelo Tor or the Je Joue Mio.

These are a relatively new addition to the world of sex toys. Some simply add bullet vibrators to a traditional, soft penetrative masturbator but new creations like the  Hot Octopuss Pulse are meant to be used as a stroker or stationary masturbator and deliver spot-on concentrated vibrations to the most sensitive part of the penis. To figure out if these are right for you simply try out a less expensive vibrator on your penis. If you like powerful vibrations in one spot, then choose the Pulse. If you think that all-over, yet less intense, vibration may be your thing consider a Tenga Flip Zero EV. Wand style models, such as the Man Wand, are a unique way to provide pleasure whether flaccid or erect.